The longest lasting window film on the market

Crystal Etch M7 is the highest quality and longest lasting window film on the market. Don’t pay twice! It can be used internally and externally for a range of privacy, security and decorative window film projects. It has a distinctive glitter effect and provides a smooth and consistent finish for a range of window and decal designs. Sold by the metre.

Save money by not having to replace the window film multiple times..

Select the number of metres required.

Crystal Etch M7 is a high quality window film is most commonly used externally for a range of privacy, security and decorative window film projects. Crystal Etch lets 70 – 80% of the light through, and provides a slight glitter effect. It also comes with a 7 year manufacturers warranty.

There are no reviews yet. 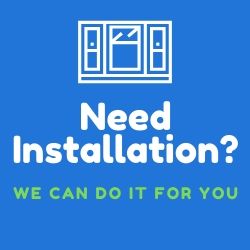