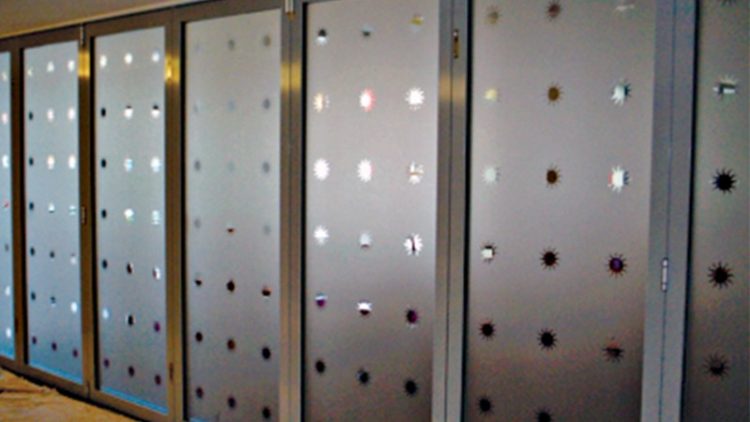 Frosted window film is an incredibly versatile product with multiple purposes, but not all products are equal in quality or life span. In this blog we will be talking about three high quality frosted window film products – 3M, Avery and Metamark – and their scope for different types of projects.

Over the last 20 years, frosted window film has grown in popularity as an affordable and practical solution for privacy, safety and decoration. With our love for open plan homes and commercial spaces that let in the light and encourage social interaction, large areas of glass have become permanent features in our built environments. But with an increase in glass comes the inevitable desire to modify it’s surface for:

What Is Frosted Window Film?

Frosted window films are made in varying qualities, that are generally reflected in their different prices. Frosted window film is a very affordable product and because it is installed in places exposed to UV, rain, and damp, we only recommend clients use high quality products. We use 3M, Avery and Metamark because they are all high quality window films that can withstand harsh conditions and are proven to be long lasting.

Many people are familiar with the 3M name as suppliers of frosted window film. At Apply To Glass we regularly encounter clients who request 3M to be used for their project.

3M frosted window films are available in Dusted, Frosted Crystal and Fasara. 3M frosted window films can be purchased in a range of pre designed film, or as ready to be cut into almost any design. They can also be applied in a solid opaque block, covering the entire surface of a window, but still letting in light. Fasara pre designed film patterns are available in stripes, prisms, dots, horizontal borders, gradations or  a range of rice paper effects.

Another high quality frosted window film manufacturer is Metamark. This UK based company produces window films that are used in commercial settings and are required to meet high standards. Metamark self adhesives are perfect for high impact graphics for shop windows, where variations in colour and boundaries between colour are noticeable.

Metamark frosted film is available in Crystal, Dusted and Silver Etch. Each offers slightly more or less transparency or opacity and are suited to projects with different requirements. Metamark’s premium quality films have a 7 year warranty and are ideally suited for large architectural signage projects where frosted window films are called for. Examples include installing decorative branding and business logos on large glassed spaces.

Avery frosted window films are high quality window films that create the look of etched or frosted glass. They perform well when used for cutting bespoke decorative window film designs. Their UV, humidity and temperature resistance makes them perfect for use inside in damp or wet areas, or outside, exposed to damaging UV rays and rain.

We have been using frosted and decorative window film for over twenty years and as a result have experienced films in a range of different qualities. These days, to save ourselves and our client’s time and money, and to achieve long lasting beauty and appeal, we only use high quality, premium frosted window film in all our projects. We use and recommend 3M, Metamark and Avery frosted window film.

Many clients ask for 3M because they are familiar with the brand, but in our experience Metamark and Avery produce window film that is of equally high quality. We value Metamark because of its consistent product lines, which reduces the frustration associated with trying to source discontinued products. Metamark also generally compare better on price to other products.

All our window films come with a full manufacturers warranty.

If you would like advice on frosted glass designs for your office, or you require frosted window film for a commercial project, contact us. We work with architects and interior designers and we only use premium high quality frosted window film in all our projects.